On July 15th, 2021, the “2021 Gaming Responsibility Forum” was held by People’s Daily Online in Beijing sponsored, in which Mr. Pan Jian, director and vice president of People’s Daily Online released the “Gaming Enterprise Social Responsibility Report (2021)” to illustrate the overall situation of Chinese gaming companies fulfilling social responsibility. Taking size of the companies and social responsibilities they bear into consideration, the report conducts the evaluation in the five dimensions of economy, society, industry, culture, and technology. Thanks to its outstanding performance in the economic, social and technological aspects, NetDragon was named the 2020-2021 China’s Gaming Industry Outstanding Social Responsibility Enterprise. 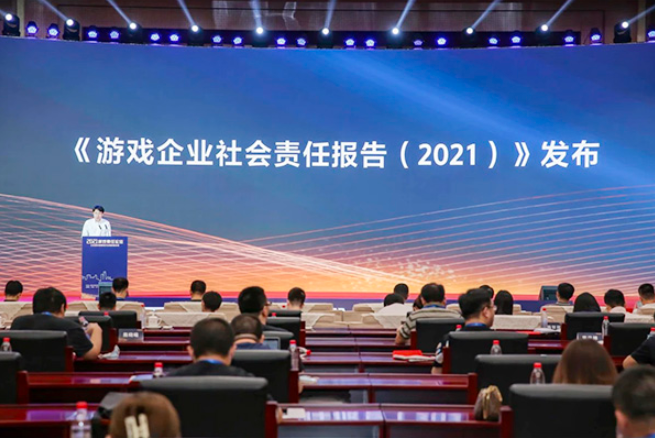 In recent years, China gaming industry has entered a period of steady development, and its influence, market scale, and user scale have been expanding. “Cultural contents”, “quality awareness” and “healthy consumption” have become crucial requirements and standards for the development of the industry. As the market continues to expand, the social responsibility performance of gaming companies has also attracted growing attention from various sectors of society.

As a leader in China’s online gaming, mobile application and online education, NetDragon has always shouldered the social responsibility as a listed company and continued to put social responsibility as one of its missions. As an advocate of the “Appropriate-Age Reminder Initiative” and one of the first listed gaming companies to adopt the measure, NetDragon have placed its various products such as “Eudemons”, “Heroes Evolved” and “Conquer” the “Appropriate-Age Reminder” platform of People’s Daily Online. The Company has continued to promote traditional Chinese culture through its rich and diverse gaming content as well as charity events, spreading positive cultural values and vibes. 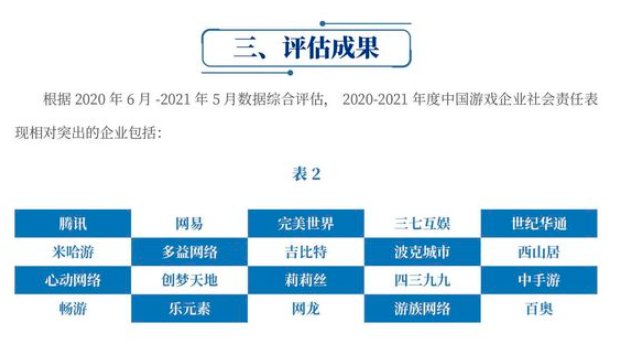 Since 2019, People’s Daily Online has conducted this evaluation for three consecutive years, which has effectively promoted the practice of social responsibilities by gaming companies. NetDragon has been on award list for three consecutive years,  which is not only an honor for the Company, but also a responsibility and motivation. In the future, NetDragon will keep up the efforts in passing on the excellent culture, fulfilling social responsibilities and creating greater value.