HONG KONG, Nov. 24, 2009 — NetDragon Websoft Inc., a leading online game developer and innovator in China (“NetDragon”; Stock Code: 777), announced the exclusive licensing of its flagship game “Eudemons Online” to Nival Network , for Russia and the CIS region. This follows on the footsteps of an existing cooperative effort with Nival Network for NetDragon’s game “Conquer Online”.

Mr. Liu Luyuan, executive director and CEO of NetDragon, stated, “We believe “Eudemons Online” will be warmly received by players in Russia and the CIS, as the fusion of NetDragon’s innovative products with Nival Network’s local operating expertise should meet with success.  We are optimistic about the prospects of the Russian market overall, and we will redouble our efforts to attract the local online community with exciting gameplay and enchanting social forums.”

Mr. Sergey Orlovsky, president of Nival Network, noted, “We’re excited to make partnership with such well-known developer as NetDragon Websoft Inc. The game is great and has many followers around the world already. We are proud to present Eudemons to the gamers in Russia and CIS countries. ” 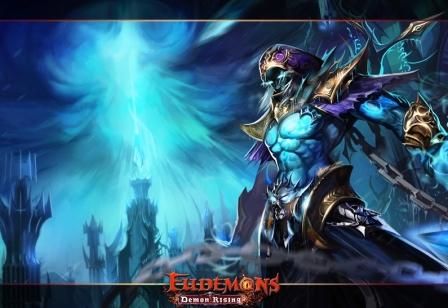 NetDragon Websoft Inc. is a leading innovator and creative force in China’s online gaming industry. Established in 1999, NetDragon has been operating and developing a broad range of MMORPGs since launching its first self-made title Monster & Me in 2002. In addition, NetDragon is China’s pioneer in overseas expansion, having directly operated its titles in overseas markets since 2004 in English and other foreign languages.

The Group’s game portfolio comprises a range of massively multiplayer online games that cater to various types of players and gaming preferences. Current offerings include the games Way of the Five, Eudemons Online, Conquer Online, Zero Online, and Heroes of Might & Magic Online, among others. The Group also has several games currently in development, including Tian Yuan, Disney Fantasy Online, CJ7 Online, Dungeon Keeper Online and a new version of Ultima Online.

More information is available at http://www.nival.com